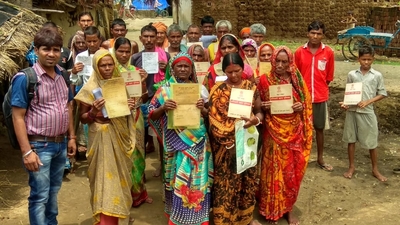 There are several challenges faced by SC and ST students in their access to higher education. In terms of accessing scholarship, students experience discrimination at several levels. Starting from the application, many applications from the SC/ST students are not accepted and are denied admission stating reasons of insufficient documents. Moreover often the process of filing application is often so lengthy and tiring, that many students lack the resources in doing so and there are no mechanisms to address to smoothen out these issues. Adding to it, there have been certain policy level changes in terms of reduction in allocation, number of scholarship, linking scholarship to aadhar, lack of proper policy guidelines making the Dalit and Adivasi students more vulnerable in terms of the position in the educational institutions.

In Kerala, through the continuous advocacy meetings a guideline has been issued with regard to the out-station students who are studying in other states. Since the institutions outside Kerala was not listed in E- grantz portal, students were not able to file their applications online, also there was lack of clarity in the existing circular regarding manual application which created many issues for the students. This was brought before the department through various collective Dalit organisations. Finally a new guide line and application format has been introduced by the department in the last financial year.In Kerala another guideline with regard to overseas scholarship has been introduced. Though there is provision for scholarship under SCP and TSP for those who secure admission outside the country, there is no guideline for it. The issue was raised through media advocacy and also with legislators. The SC/ST department now issued a guide line which will benefit all the applicants under the scheme.

Your ticket for the: