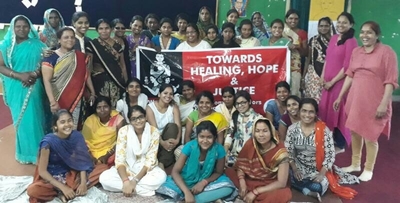 Rajasthan was one among the other states who had huge pending Post Matric Scholarship amount to be released from the centre. Here Post Matric Scholarship has been pending since 2012-13 for huge number of SC and ST students. The Case was first published in several local newspapers. There after a complaint was filed to different state’s concern departments namely Department of Social Justice and Empowerment, Education, State SC Commission, Chief Minister Office, however it didn’t yield any positive results. At a later stage same complaint was filed to Ministry of Social Justice and Empowerment, Prime Minister Office and National Commission for Scheduled Castes.  NHRC took cognizance of the complaint and asked MSJE and State govt. to submit a report on the issue of the pending scholarship. After the NHRC’s intervention Ministry of Social Justice and Empowerment took action and released the amount in installments to the Department of Social Justice and Empowerment, Govt. of Rajasthan.  As a result of this advocacy at different levels Rs.874.4crore has been released by the MSJE towards the Post Matric Scholarship in Rajasthan. This has been one of the major achievements in terms of student’s access to higher education opportunities.

Your ticket for the: