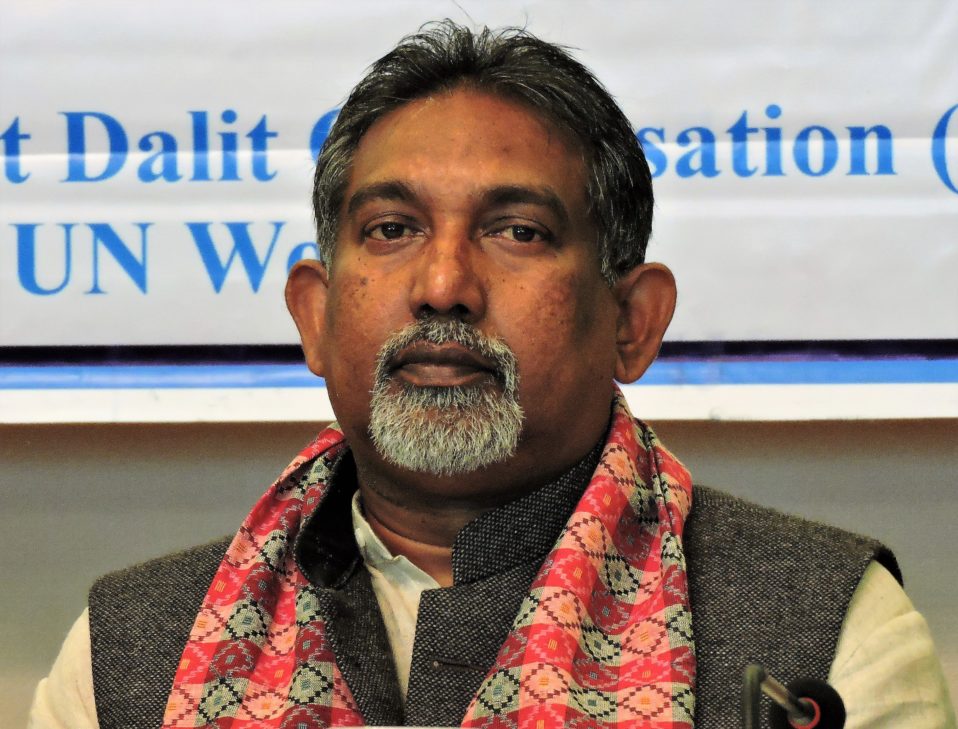 N. Paul Divakar is an advocate for Dalit rights, Economic Rights
Expert, and Human rights defender. He is one of the founding members of
the National Campaign on Dalit Rights and is currently the General
Secretary, of Dalit Arthik Adhikar Andolan. He also serves as the
Chairperson of the Asia Dalit Rights Forum, which works in the South
Asia region to ensure inclusion, and to address issues of untouchability and
caste based discrimination. He has been one of the key actors in
popularising the Sustainable Development Goals and to bring in the aspect
of inclusion in the discourse in the new development paradigm.
From 2013-17 he served as the member of Executive Board of
Amnesty International. He has been recently voted by Outlook magazine as
one of the 50 most influential Dalit Leaders in the country.
He has been actively engaging with the communities in strengthening
access to justice, gender concerns especially on the inter-sectionality of
gender and caste, financial accountability, transparency and participation. He
has also engaged with the state on issues of targeted budgeting and
governance, accountability.
His deep interest for the economic empowerment of Dalits has been
the reason behind initiating a campaign on ensuring equitable access to
government budgets and has been instrumental in advocating for equity
budgeting from the lens of the marginalised.

For his functioning he would like a constant supply of food,
especially anything spicy (vegetarian!).

Your ticket for the: N. Paul Divakar