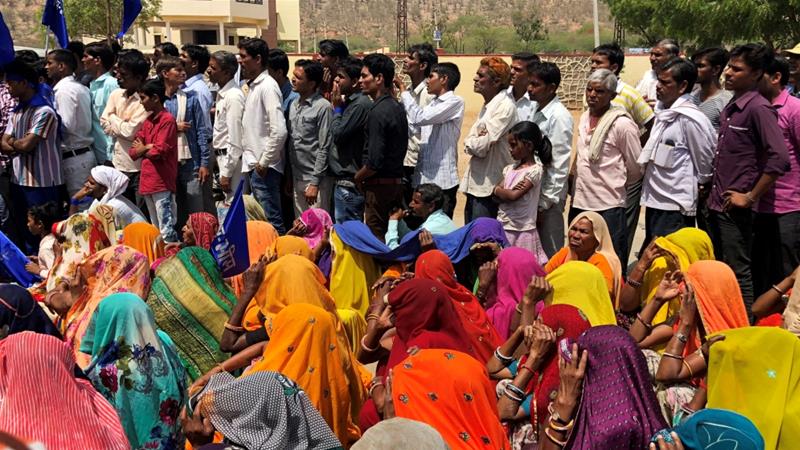 Recently, Comptroller and Auditor General (CAG) on Tribal Sub Plan points out, in the latest report submitted, under-utilisation of funds, diversion of funds, and deficient financial management being common in most of the schemes targeted for SCs and STs. It further says, the schemes meant for the welfare and development of SCs and STs are not given adequate publicity resulting in poor awareness of different schemes amongst the target population.

In line with the recommendation of the report and as per the trends of budgetary allocations of the last five-years, the Plan Outlay for the Annual Budget 2016-17, is about RS. Cr. 5 lakh crores. If that is so, then approximately RS.Cr.80,000 towards SCs and RS.Cr. 40,000 is to be allocated towards STs. To this extent, clear Schemes have been suggested to the Finance Minister after due consultation by the NACSTL.

Paul Divakar, Convenor-National Coalition on SCP TSP Legislation, participated in the pre-budegt consulation and demanded the Finance Ministry to mobilise political will to address this critical issue. He welcomed the PMs promise facilitated by the DICCI (Dalit Indian Chamber of Commerce), of a scheme for Start Up capital to DALIT Entrepreneurs to a tune of over RS.Cr.3,500 per year over the next 36 months reaching out to over 2.5 Lakh SC/ST entrepreneurs. He appealed to the Finance Minister that similar innovation needs to be applied to the rest of the funds due for allocation to the SCs and STs

While submitting a list of 137 Schemes under SC and ST budgets he impressed upon the Government “…to take the plan outlays for SCs and STs seriously to ensure holistic development by designing innovative schemes in the Union Budget 2016-17. The budgetary allocations should not be merely survival-oriented but, focus on acquisition and generation of knowledge, building of assets (land, capital, etc.), accessing skills development for gainful and professional occupation, engaging in entrepreneurship and business enterprises, that are critical for bridging the development gap.”

The budget formation comes at a time when the Human Development Index, HDI, shows high level of poverty amongst the Schedule Castes and Schedule Tribes (SCs and STs). This Budget could be turned as a statement to translate the commitments into action.

1. The ministry in the budget designed for 2016-17 needs to set aside budgetary allocations proportionate to 16.6% for SCs and 8.6% for ST population under SCSP-TSP. The SCSP-TSP plan outlay, at the current projection of an Annual Plan Outlay of Rs. Cr. 5 Lakhs, it would need to mandatorily allocate approximately over Rs 80,000 Crs for SCs and Rs 40,000 Crs for Tribals. This would ensure inclusion of SC and ST communities in economic growth and development.

2. Funds meant exclusively for the welfare of SCs should not be used for other purposes/sectors. Several instances have come to light in quite a few states where SCSP/TSP funds have been diverted for other purposes such as expenditure on the construction of roads, bridges, stadiums, buildings and other state-owned assets like hospitals, flyovers and engineering colleges. Neither are these state owned assets designed for the development and benefit of the community nor do they level the playing field.

3. To have Systems in place for participation of SC and ST communities in planning and implementation, and measures of accountability and transparency, and provision of penalties for negligence.

4. This population proportion based resource allocations for SCs and STs needs to be on based on gender equity, hence earmarking 50% share for SC/ST women and girls.

5. A central legislation is recommended clearly spelling out the duties and responsibilities of the Union and State Governments regarding budgetary allocation under SCSP and TSP. Through this legislation policies under SCSP-TSP need to clearly define the purpose of reporting under the said legislation and, transparency and accountability of allocation made under SCSP-TSP. Allocation of outlays, criteria of eligibility for schemes and programmes, should also be clearly spelt out in the legislation

6. A separate unit should be created within Niti Ayog with powers to review, monitor and direct the concerned Ministries or Departments to ensure effective implementation of the SCSP TSP

On behalf of the National Coalition on SCP TSP Legislation!