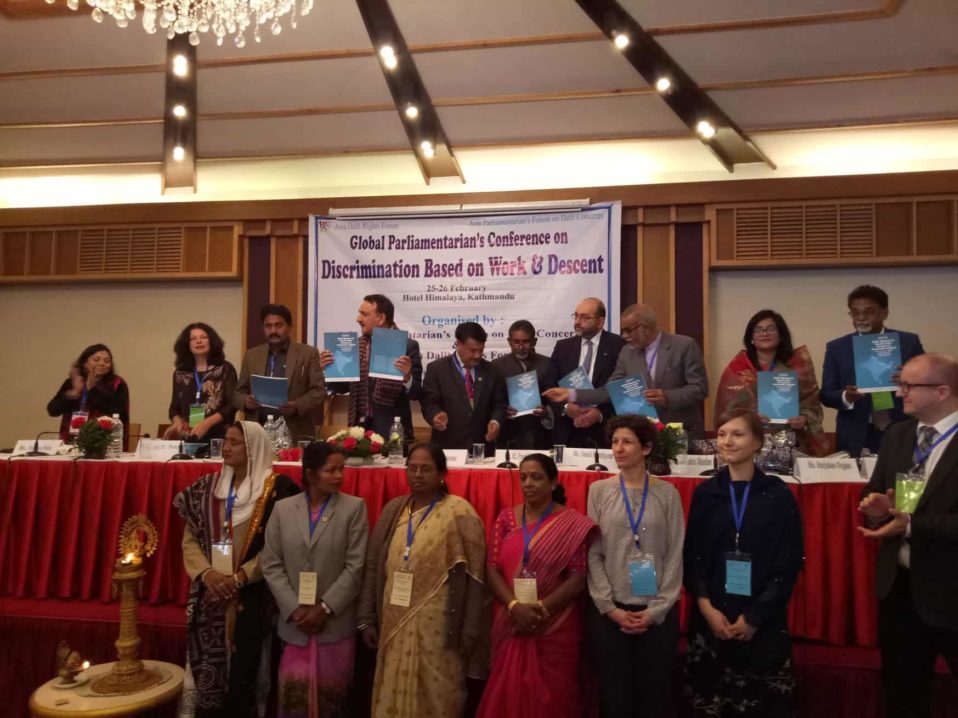 KATHMANDU: Minister for Foreign Affairs Prakash Sharan Mahat has reiterated the government’s commitment to end the caste-based discrimination and the practice of ‘untouchability’ from Nepal at the earliest possible.

Inaugurating the South Asian Dalit and non-Dalit MPs’ Conference organised by the Asian Dalit Rights Forum here today, he said the government is committed to banish the practice of ‘untouchability’ that the dalits have been suffering from. He added that it was not only their problem but the problem of the entire country.

“The dalits of other South Asian countries are also suffering from the problem of caste discrimination similar to the dalits in Nepal, who have been subjected to at present. Therefore, unity among the countries of South Asia is necessary for ending the ill practice from the region,’ Minister Mahat stressed.

He also underlined the need of bringing the dalits, women, indigenous nationalities, Madhesis, Muslims and other marginalised communities into the mainstream of the State by providing them with their rights through implementation of the constitution.

In the conference, Indian lawmaker Narendra Jadahav spoke of the need of ending all forms of discriminations practiced within the South Asia region.

German parliamentarian Omid Nauripur stressed the educational, economic, social and cultural development of the dalit community for their uplift.

Lawmakers from Nepal, India, Pakistan, Bangladesh, Germany, Malaysia and other countries are taking part in the two-day conference that will deliberate on the racial discrimination against the dalits based on their profession and caste.

The conference will conclude tomorrow.

Your ticket for the: Dalit, non-dalit South Asian lawmakers’ conference kicks off in Kathmandu