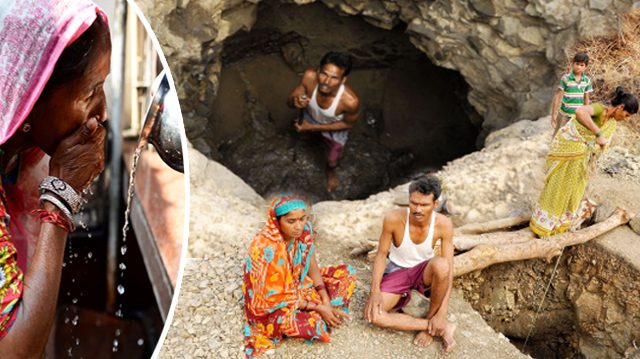 Sixty-four years after caste untouchability was abolished by the Constitution, more than a fourth of Indians say they continue to practise it in some form in their homes, the biggest ever survey of its kind has revealed.

Those who admit to practising untouchability belong to virtually every religious and caste group, including Muslims, Scheduled Castes and Scheduled Tribes.

NCAER, established in 1956, is India’s oldest and largest independent, non-profit economic policy research institute. The results are part of the India Human Development Survey (IHDS-2) — the largest pan-Indian non-government household survey — carried out in 2011-12 for economic and social variables across multiple categories. The full results of the survey will be available in 2015.

Surveyors asked respondents, “Does anyone in your family practise untouchability?” and, in case the answer was “No”, asked a second question: “Would it be okay for a Scheduled Caste person to enter your kitchen or use your utensils?”

Broken up by religious groups, data from the survey shows almost every third Hindu (30 per cent) admitted to the practice, followed by Sikhs (23 per cent), Muslims (18 per cent) and Christians (5 per cent).

Jains topped the list, with 35 per cent respondents accepting that they practised untouchability. The survey has, however, warned that the result for Jains is “not conclusive” because of the small size of the sample.

Lead researcher Dr Amit Thorat, an associate fellow at NCAER, said, “These findings indicate that conversion has not led to a change in mindsets. Caste identity is sticky baggage, difficult to dislodge in social settings.” Currently, as per a government order of 1950, the SC quota in government jobs applies only to Hindu, Sikh and Buddhist Dalits, not Christian and Muslim Dalit caste groups.

Spatially, untouchability is most widespread in the Hindi heartland, according to the survey. Madhya Pradesh is on top (53 per cent), followed by Himachal Pradesh (50 per cent), Chhattisgarh (48 per cent), Rajasthan and Bihar (47 per cent), Uttar Pradesh (43 per cent), and Uttarakhand (40 per cent).

West Bengal appears to be the most ‘progressive’ — with only 1 per cent of respondents confirming they practised untouchability. Kerala comes next in the survey, with 2 per cent, followed by Maharashtra (4 per cent), the Northeast (7 per cent), and Andhra Pradesh (10 per cent).

Survey results suggest that high incomes do not dent the practice, but education, especially among Brahmins and OBCs, makes a difference.