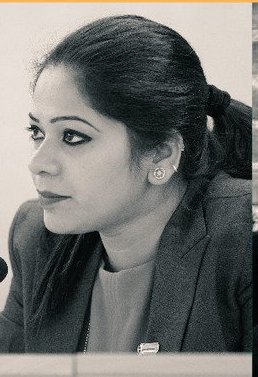 Anju is currently working as the National coordinator of the All India Dalit Mahila Adhikar Manch. Her role involves providing practical support to Dalit women leaders in order to strengthen advocacy. In particular, she has led

several workshops for survivors of sexual violence and social media trainings for young activists across North India. Anju has also been a key driving force behind AIDMAM’s Dalit Women Self-Respect Marches that have been taking place since late 2014, in India and the United States.

Marches in India register high impact, especially in the lives of young Dalit women, who are mobilized to be part of community meetings, survivor support groups, legal interventions and engagement with authorities from the local government. The Dalit Women’s Self Respect North American Tour (www.dalitwomenfight.com) that took place in 2016 had Anju present at many universities across the United States, including MIT, UC Berkeley, and CUNY. Anju’s is a significant voice in the South Asian feminist networks and she is also the first dalit woman speaker at the UN Minority Forum in 2017.The twitter handle of the All India Dalit Mahila Adhikar Manch is @dalitwomenfight.

Your ticket for the: ANJU